"Mike Toy... the most awesome guy in all the world!" 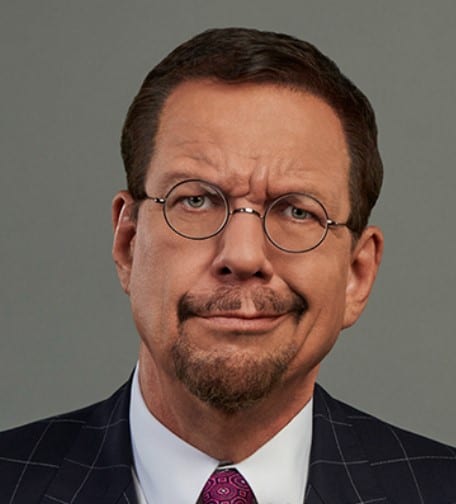 Mike Toy is Dallas’s favorite comedy magician. Having performed since 7 years old, Mike combines his witty sense-of-humor with custom magic tricks, making it an event that you and your guests will be talking about for a long time. In fact, even years later, people still commonly say, “Did you remember when he did that? I still can’t believe it.” These memories will last a long time. And of course, people will remember that it was you who brought Mike Toy to your event.

When I mention that he’s been performing magic since 7, what I mean is that he got a Fisher-Price magic kit for Christmas from a family friend and his life has not been the same since. In fact, he was fascinated by that magic kit when he accidentally made a red sponge ball disappear and he didn’t know how it was done. In case, you’re wondering… this is a true story. So that’s what first got his attention. To be honest, he was quite bummed out he couldn’t find his red ball. Well, there’s a happy ending to this story because six months later he accidentally made his red ball appear. You’re probably wondering how he did this. So the answer is… actually, he would kill me if I told you how it was done since it’s a magic secret.

Now based in Dallas, Mike Toy make this Oklahoma city his new magician home. He is available for a variety of events including corporate events, galas, fundraisers, special occasions, and private parties. So if you’re looking to make your event a homerun he’s your man! For your peace of mind, Mike Toy Dallas magician’s performances are all family-friendly. You don’t need to worry about off-color jokes, sexual innuendos, or inappropriate language. Not only is he clean on-stage, he is also clean off-stage.

If you’ve heard of Dallas magician Mike Toy before it might be through his appearance on major networks like ABC, NBC, CBS, and FOX. Yes, all the fake news channels. But, don’t worry, even though the news is fake, he’s the real deal. Oh yeah! You might have also heard of Mike through his highly acclaimed TEDx Talk “How We Get Tricked” where he uncovers just how scams and shysters work on the mind and how you can protect yourself.

Some of Dallas magician Mike Toy’s corporate clients include, Google, Apple, Mercedes, and many more (too many to list!). This doesn’t even include the celebrities he has wowed including William Shatner, Mike Tyson, Jerry Rice, and many more (too many to list!). The reason why Mike’s magic is unique is because of his comedy style. Most magicians just do magic tricks, but with Mike you get an experience! Comedy actually makes magic stronger because it takes people up and down an emotional roller coaster. For instance, just when you think that the trick is over, BOOM! It’s not over. There’s an unexpected surprise. When people expect a surprise their experience of the magic is not as strong. This is the philosophy of magic that Mike employs. This was just the approach The White House was looking for when they flew Mike into Washington D.C. just a couple years ago to speak to national leaders.

Mike is super easy peasy to work with. In other words, he’s not going to demand sushi flown in from Japan as his meal. He’d settle for sushi from Taiwan. You get the idea. If you feed him at your event, he will kick the show into a whole different gear… up… that is. So make sure he is fed well. OK, this is copywriting is getting long now so I’m not even sure if people will read this paragraph, but if you do, that just means you’re a very thorough person and that’s good. It also means that Mike Toy Dallas magician would be perfect for your event. I’m not sure how the two are connected, but somehow they are, if you know what I mean.

You’re probably wondering why there are so many paragraphs when words can be cut short. Well, it’s because the search engine algorithms like lengthy writing like this. Yeah, at this point, as great as Mike is, I’m not exactly sure what more I can say because I’ve already said so many wonderful things about him and in case you’re wondering why he is writing all this copywriting in third person it’s because it sounds more legitimate. If he were writing all this in first person someone writing this might feel like he’s conceited, constantly praising himself. Does all this make sense? Anyway, thank you so much for checking out Mike Toy Dallas magician’s website. There are many you can choose from (Well, actually, there aren’t that many comedy magicians you can choose from in Oklahoma, but that’s another story. I digress), but you decided to come here. So from the bottom of Mike’s heart, thanks for choosing him.

If you have any questions about Mike’s services please don’t hesitate to text or call, but texting would be recommended because I can’t promise you won’t get his voicemail when you call. Also, he’d respond a bit faster via text. But if you prefer to call, by all means! If you don’t hear back after your inquiry please try again. It’s not like Mike is trying to avoid you. It’s just that sometimes messages and voicemails get lost in cyberspace. That’s just the world we live in.

If you are an event planner and want to inquire about Mike’s services at multiple events please reach out! Aside from magic shows, Mike is also available as an emcee. He’ll bring the energy level up and add plenty of spice to your event. Comedy and magic… what more can you ask for?

Mike Toy is Dallas, Oklahoma’s most in-demand magician. In fact, he is Oklahoma’s most reviewed and highest rated! You can trust your event to Mike Toy. He will deliver BIG and you’ll be so glad for it. Don’t risk subpar entertainment for your event. It’s not worth it. Book him today before his dates disappears.